Have you ever wondered what it would be like to play your city? 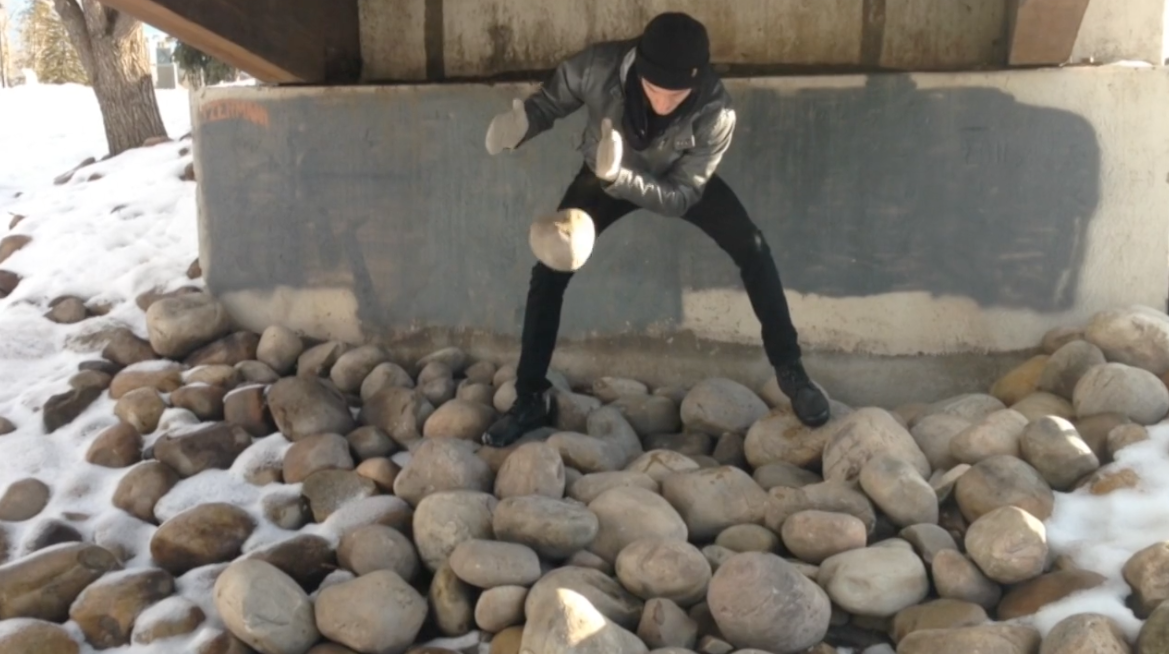 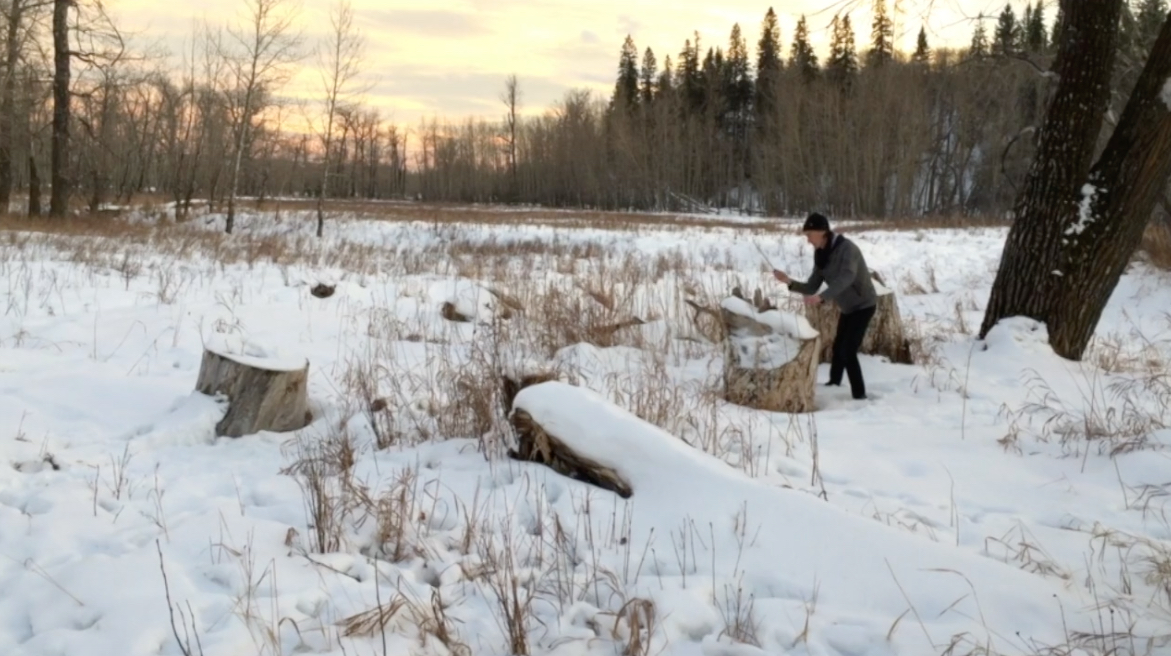 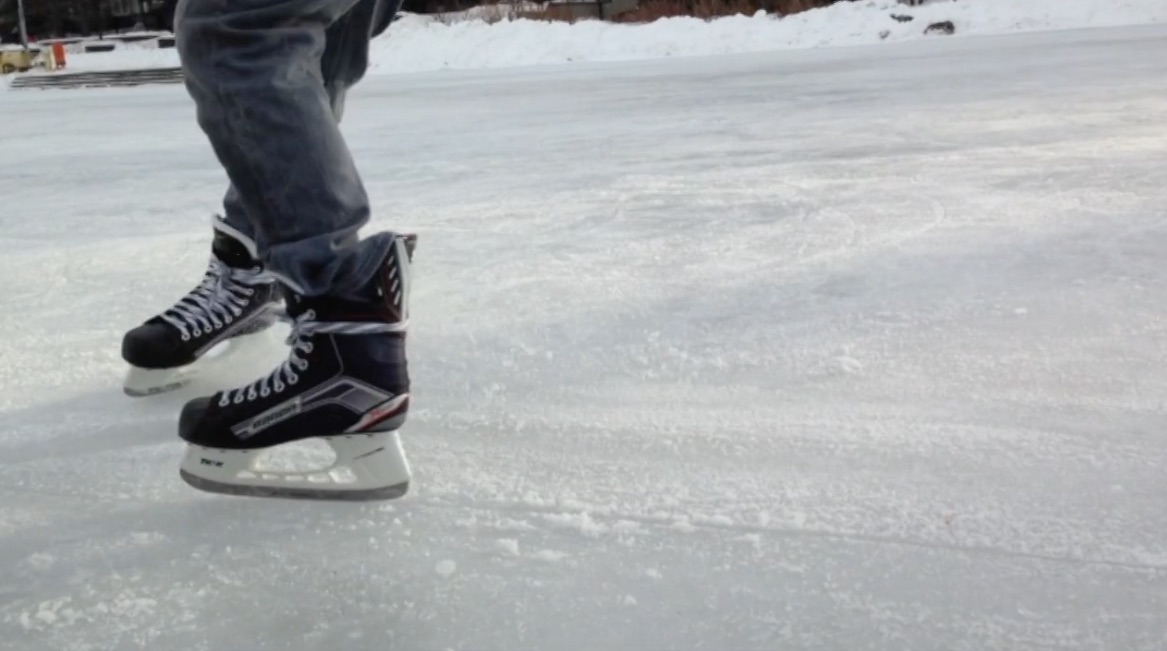 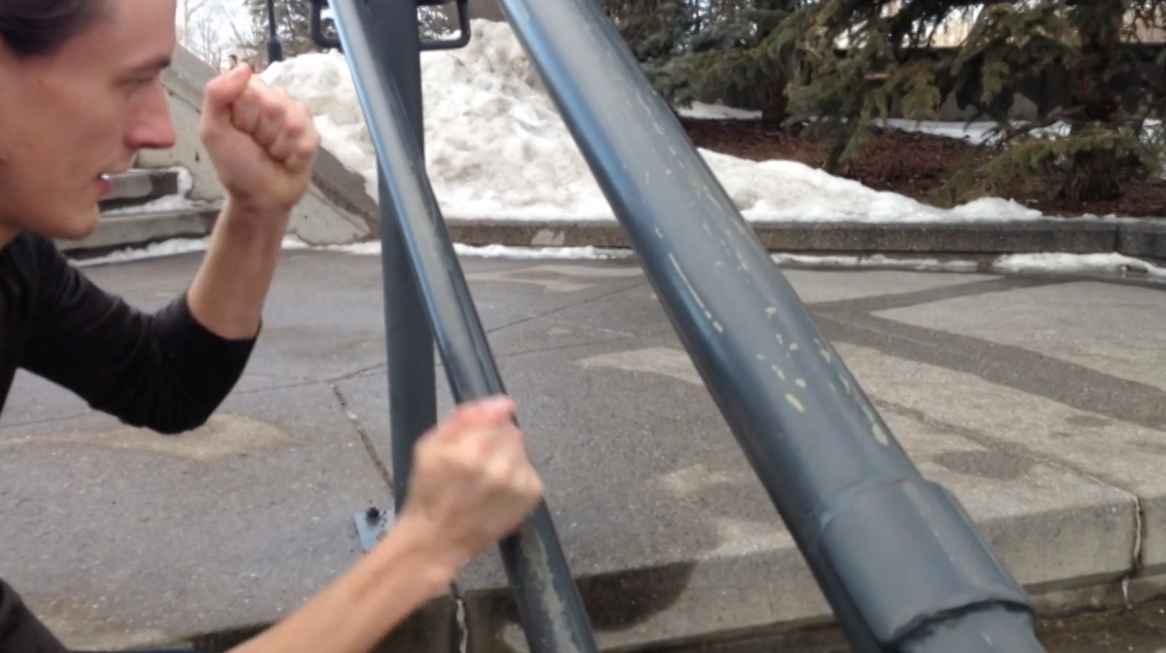 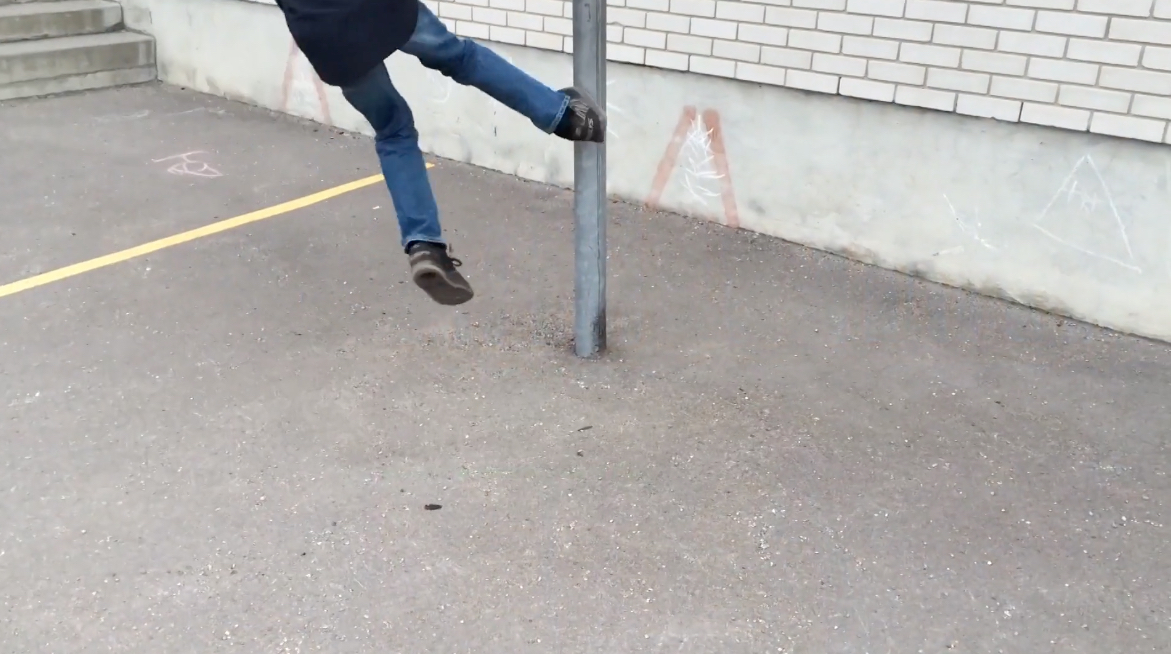 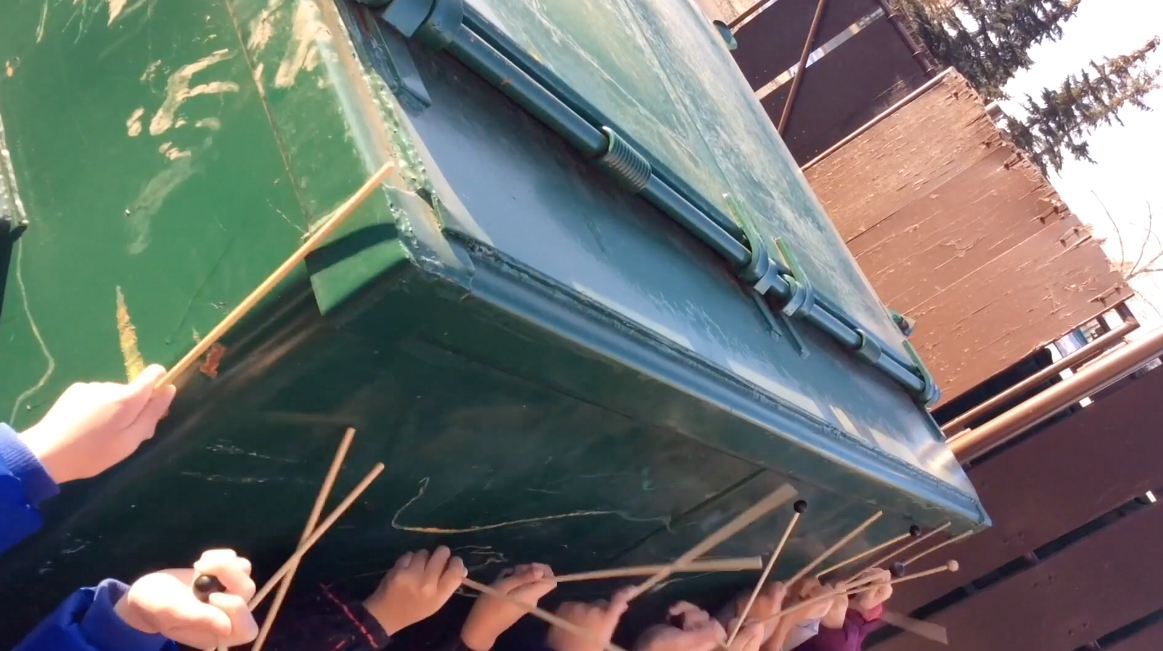 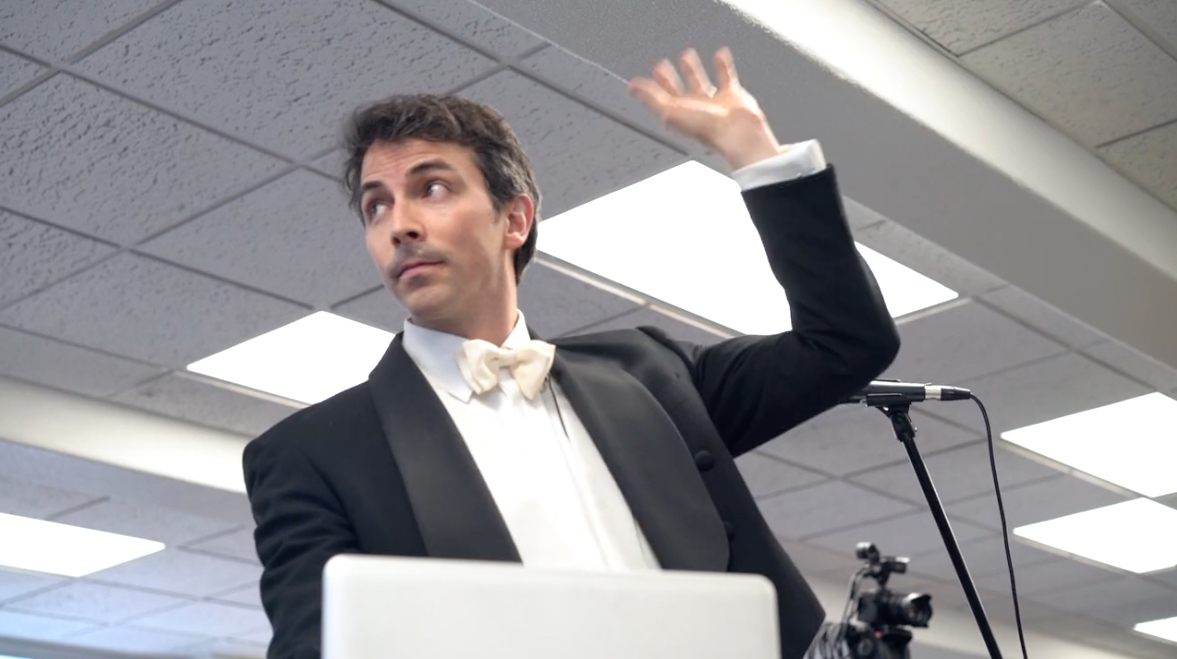 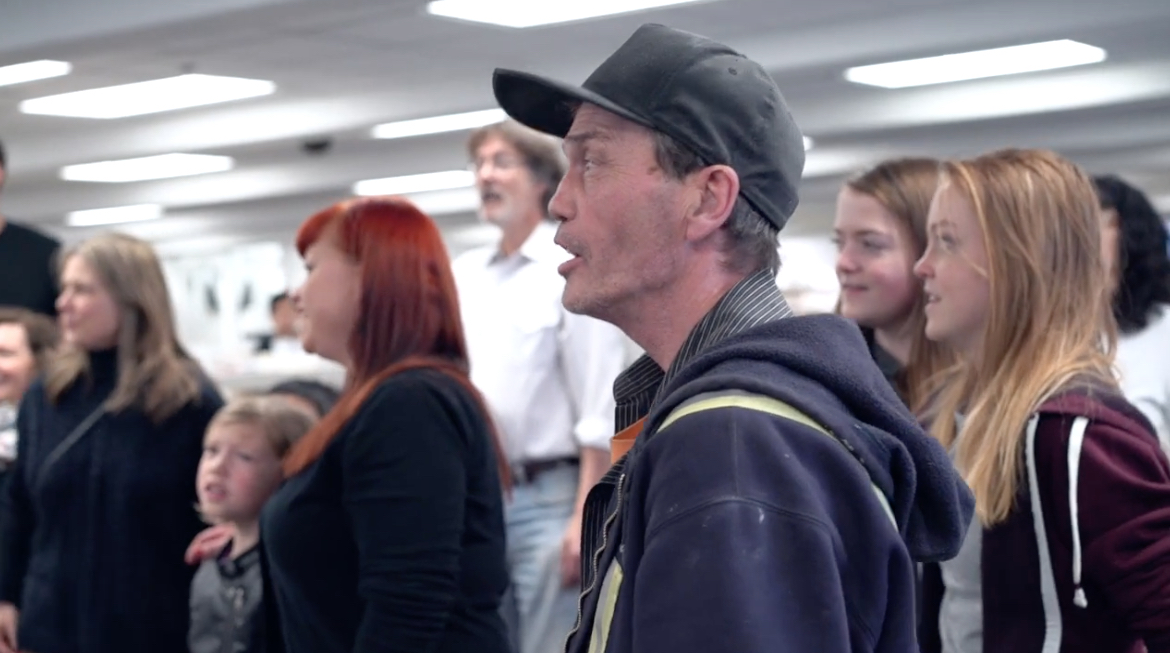 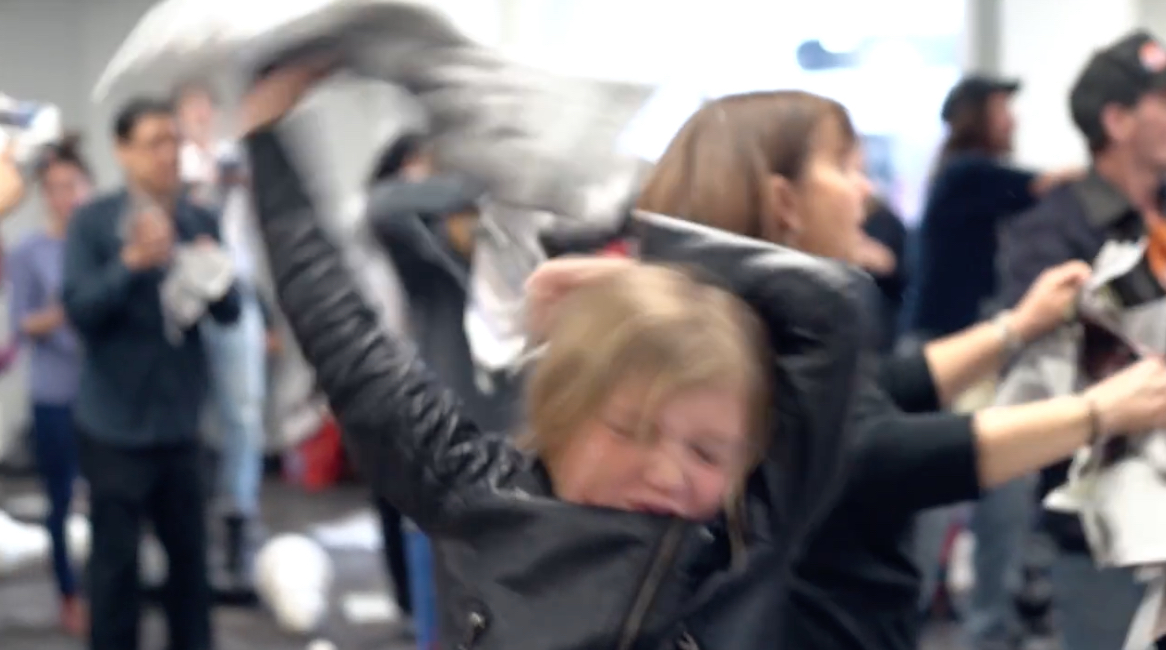 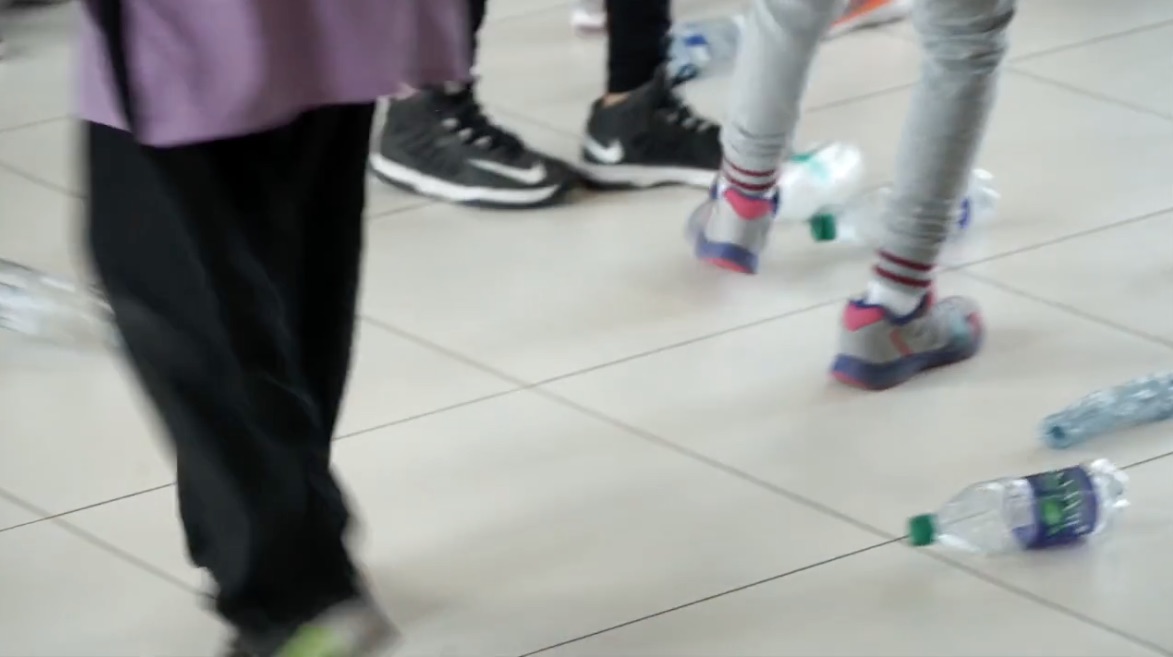 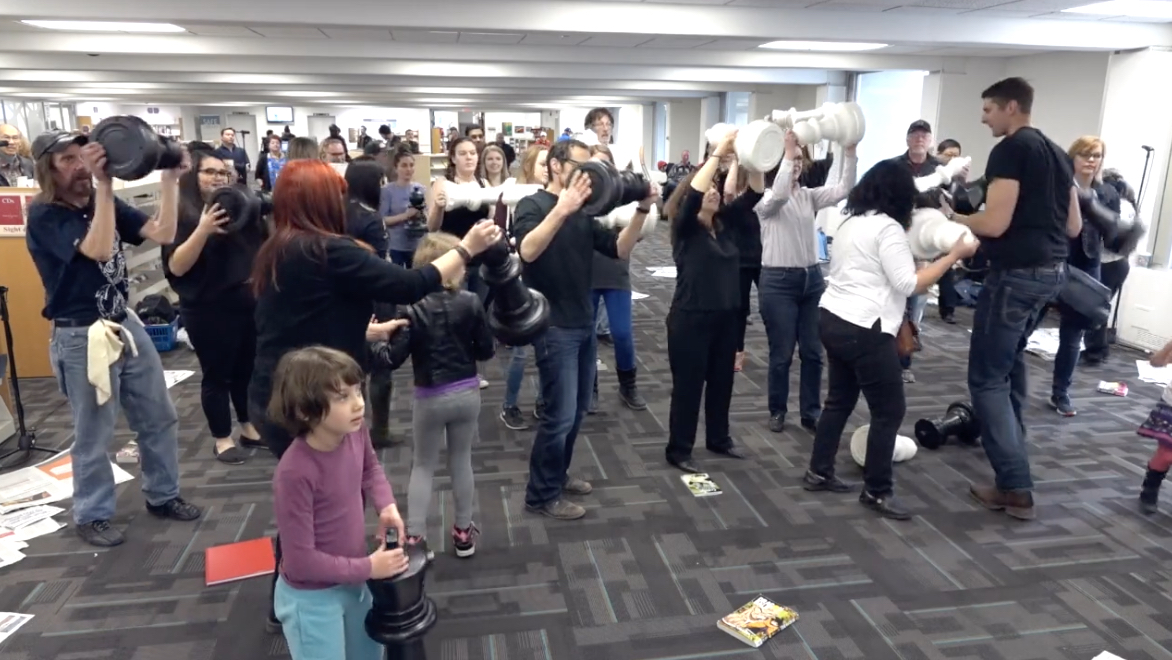 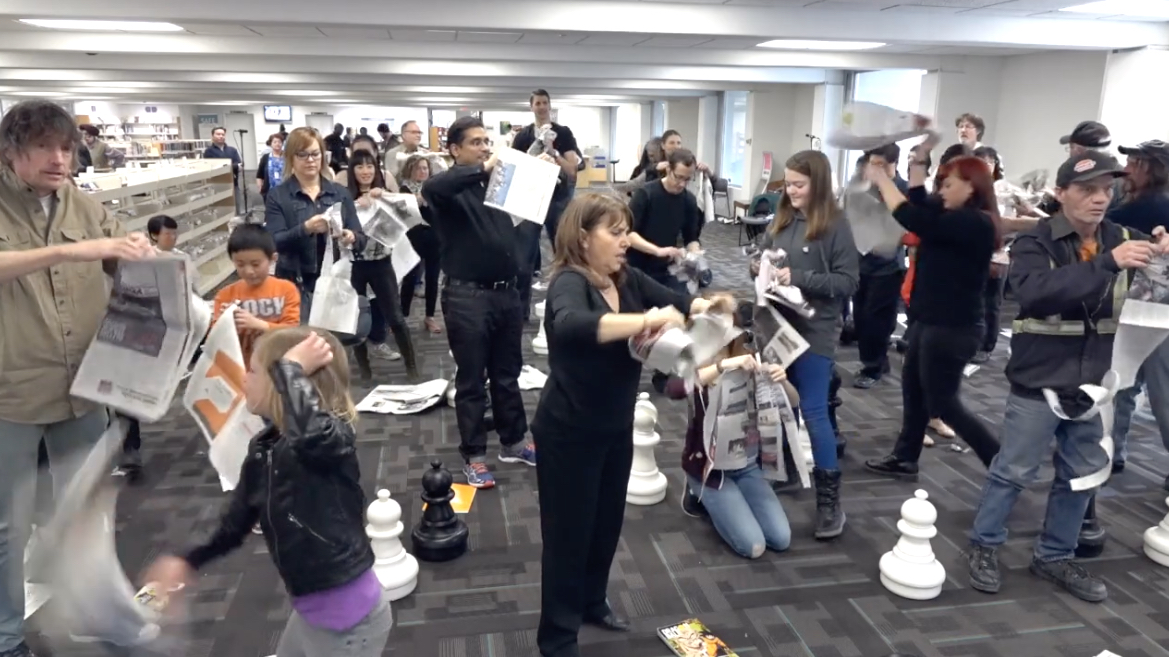 “Playing Our City” is a multi-site, participatory, inter-active, semi-composed/semi-spontaneous performance that was held two locations in Calgary–the Central Library downtown and the Genesis Centre in the north of the city–on March 12th, 2016. Site selection was based on a range of criteria, representing a broad cross-section of the city’s cultures, geographic and geomorphic features, economic levels and other demographic considerations, and architectural features. Calgary citizens collaborated with trained musicians in each location to create music by percussively ‘playing’ the material features of their locations. The focus was on the traditionally non-musical aspects of the architecture of the sites as both instruments and playing surfaces: paper, plastic, stone, concrete, steel and other metals, glass, human bodies and breath, etc. The locations were connected by high-speed internet, so that the performers and audience members in one location could see, hear and collaborate the participants in the other location in a simultaneous performance. The overall event is available online in an archived recording available below.

In advance of the March 12th event, we invited youth across Calgary to submit video clips of themselves playing their schoolyards, playgrounds, and communities to be woven into a video “city symphony” that was shown at the Playing Our City event and again at a major “Listen to Your City” concert held on March 14th. Both the “How To” video and the final video montage (edited by Allan Bell and Bruce Barton) are also included, below.

Playing Our City was a JUNOS Host Committee initiative and was made possible through the support of JUNOS 2016.

All photo extracts from video produced by Eric Bumstead, Ethan Cayko and the Youth of Calgary © 2016.