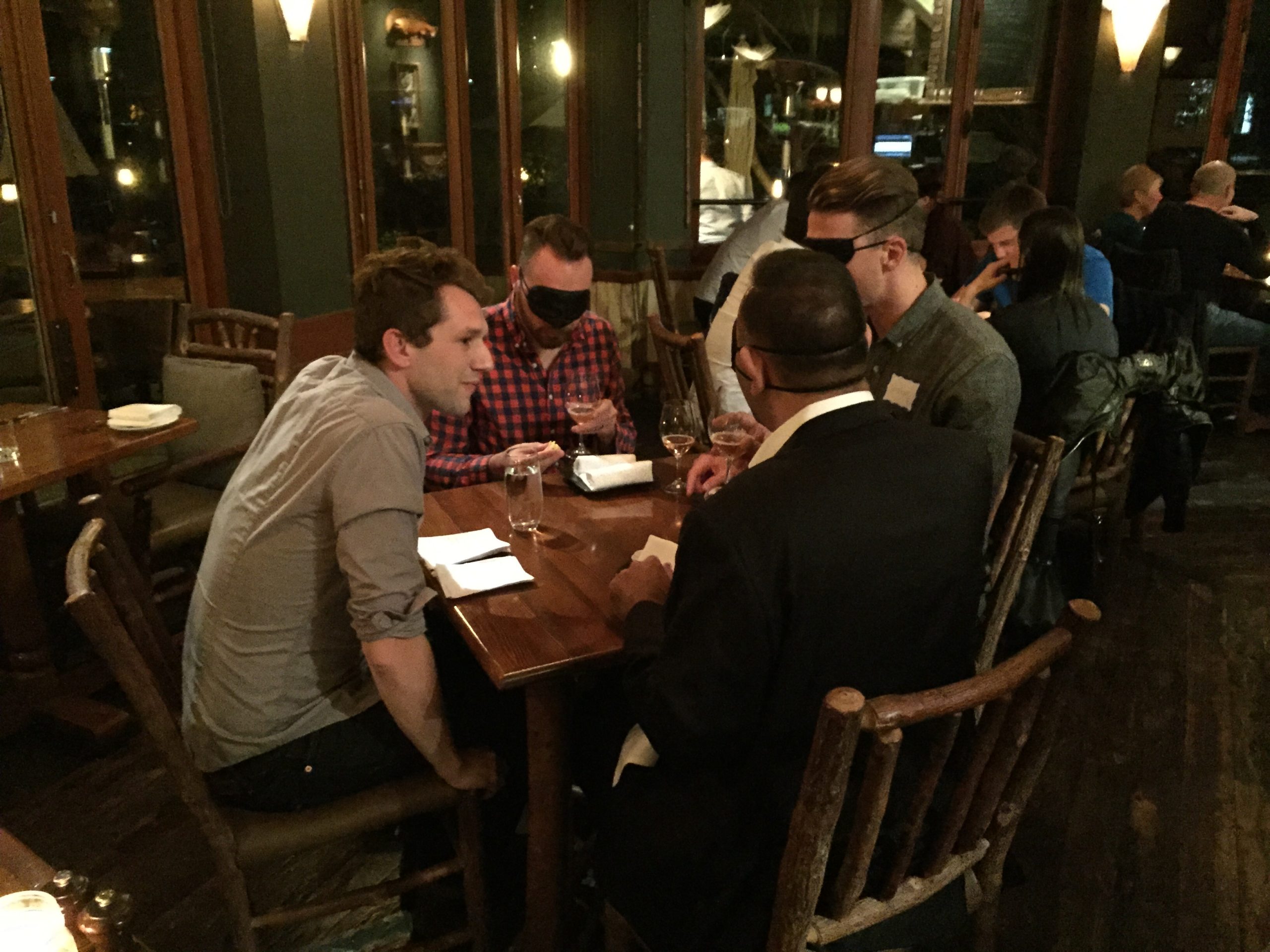 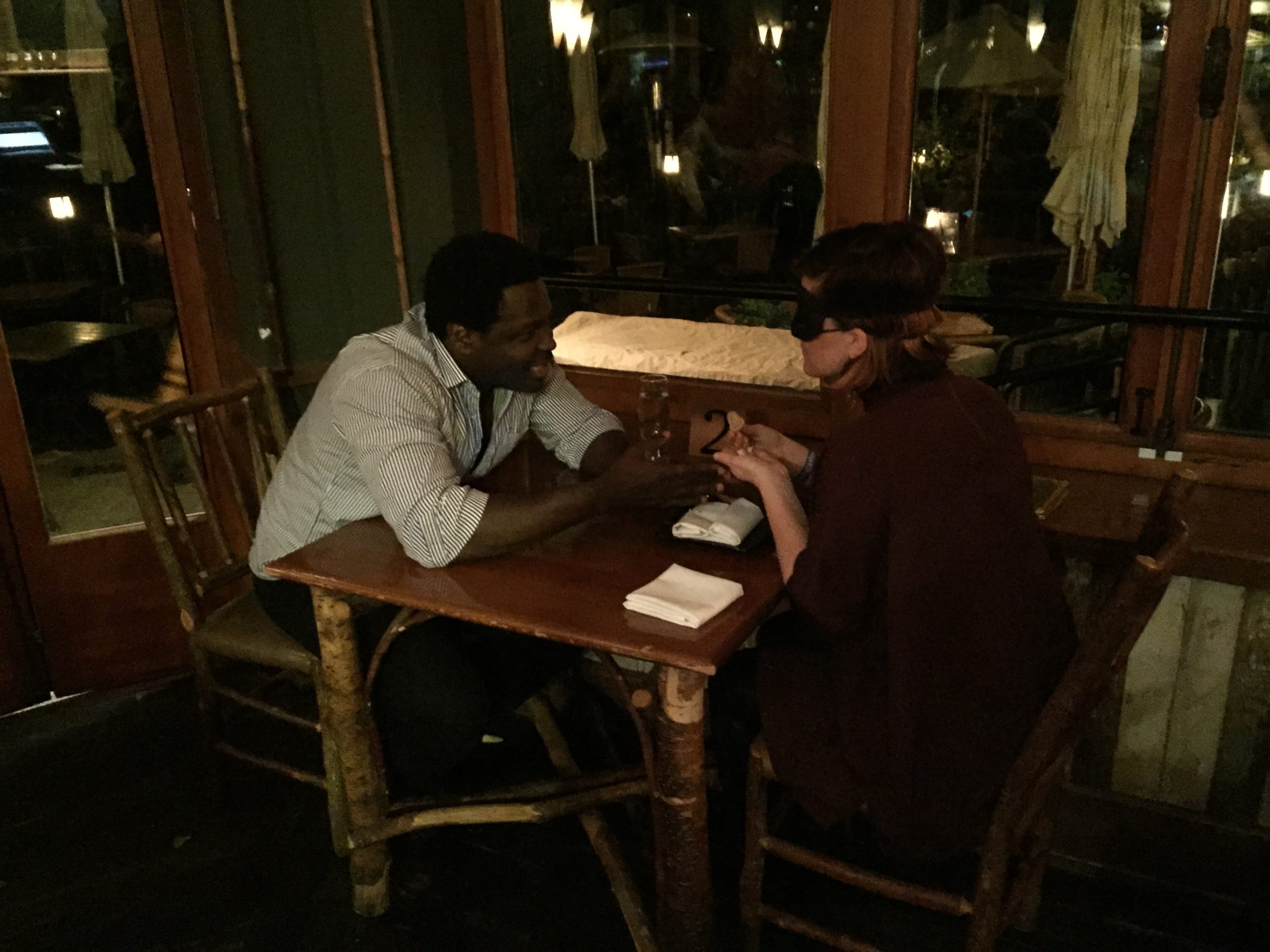 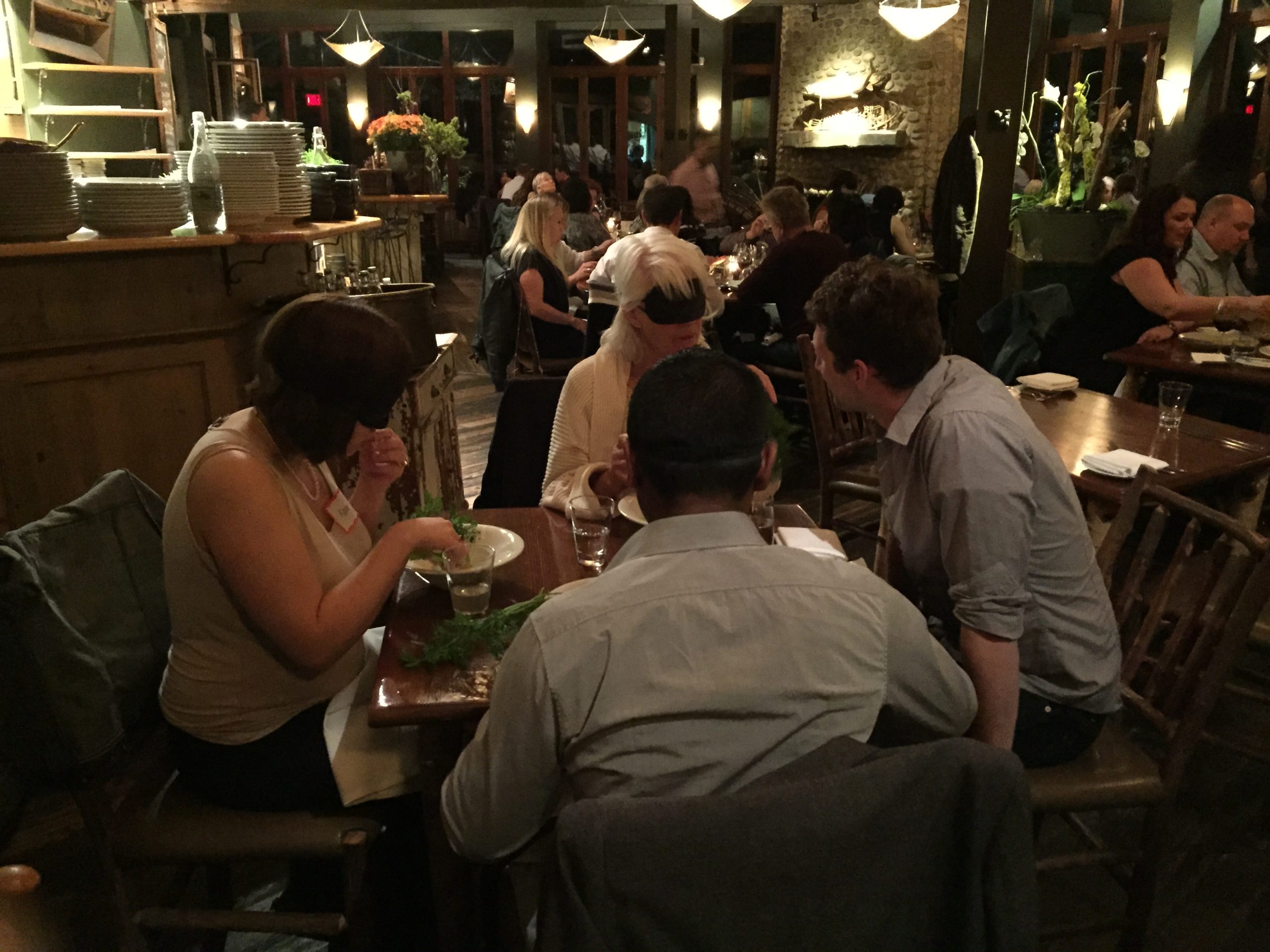 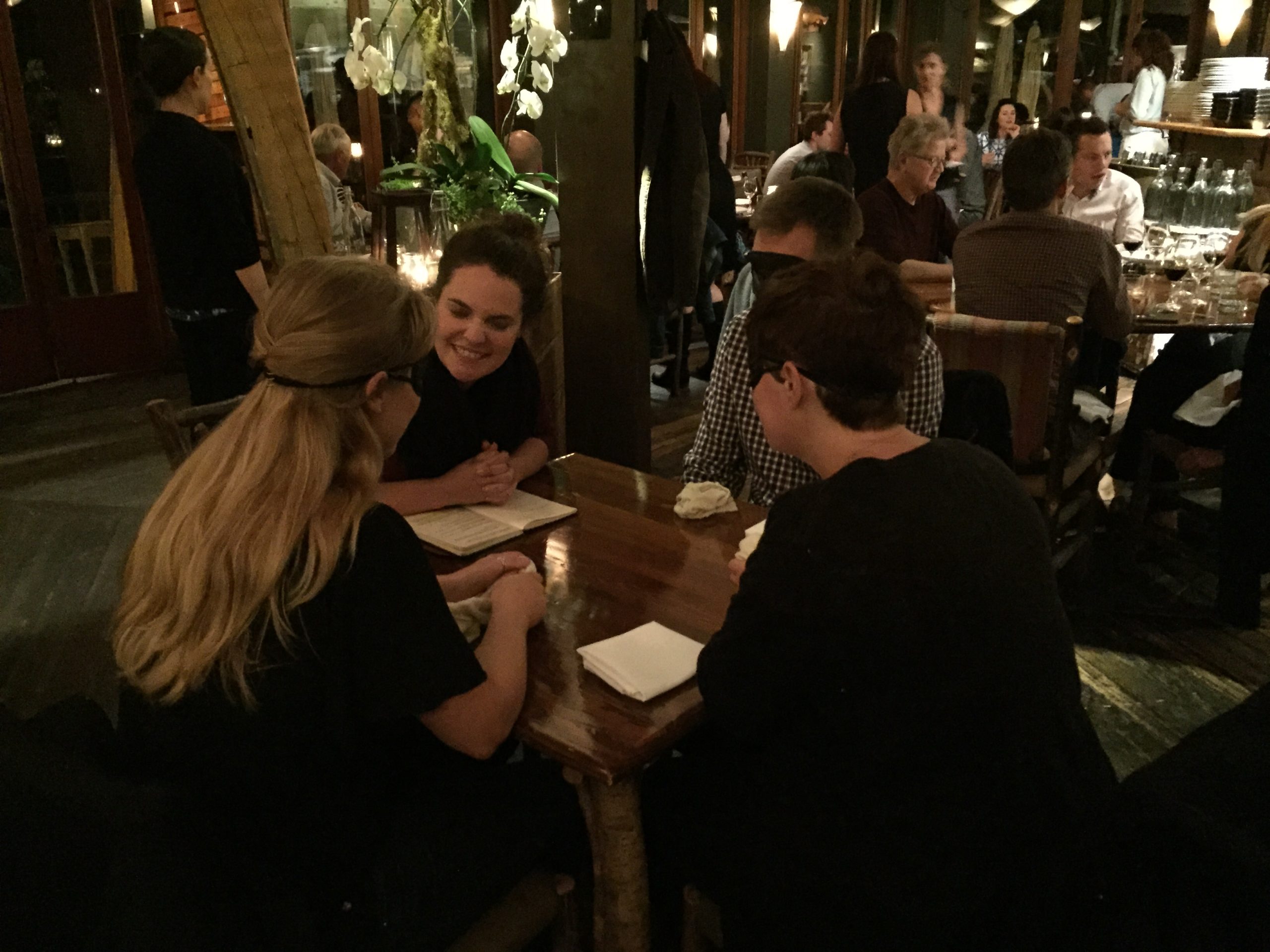 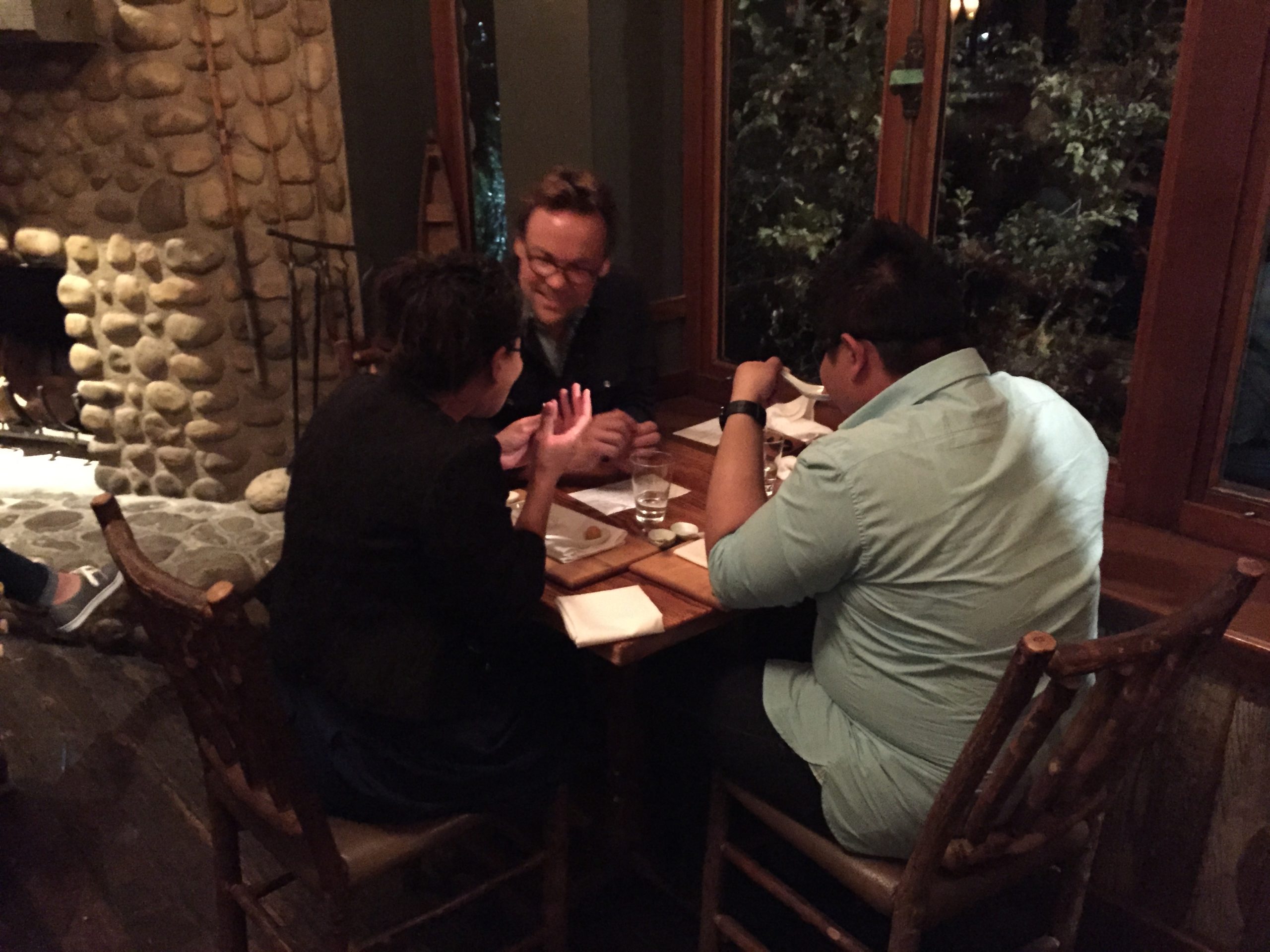 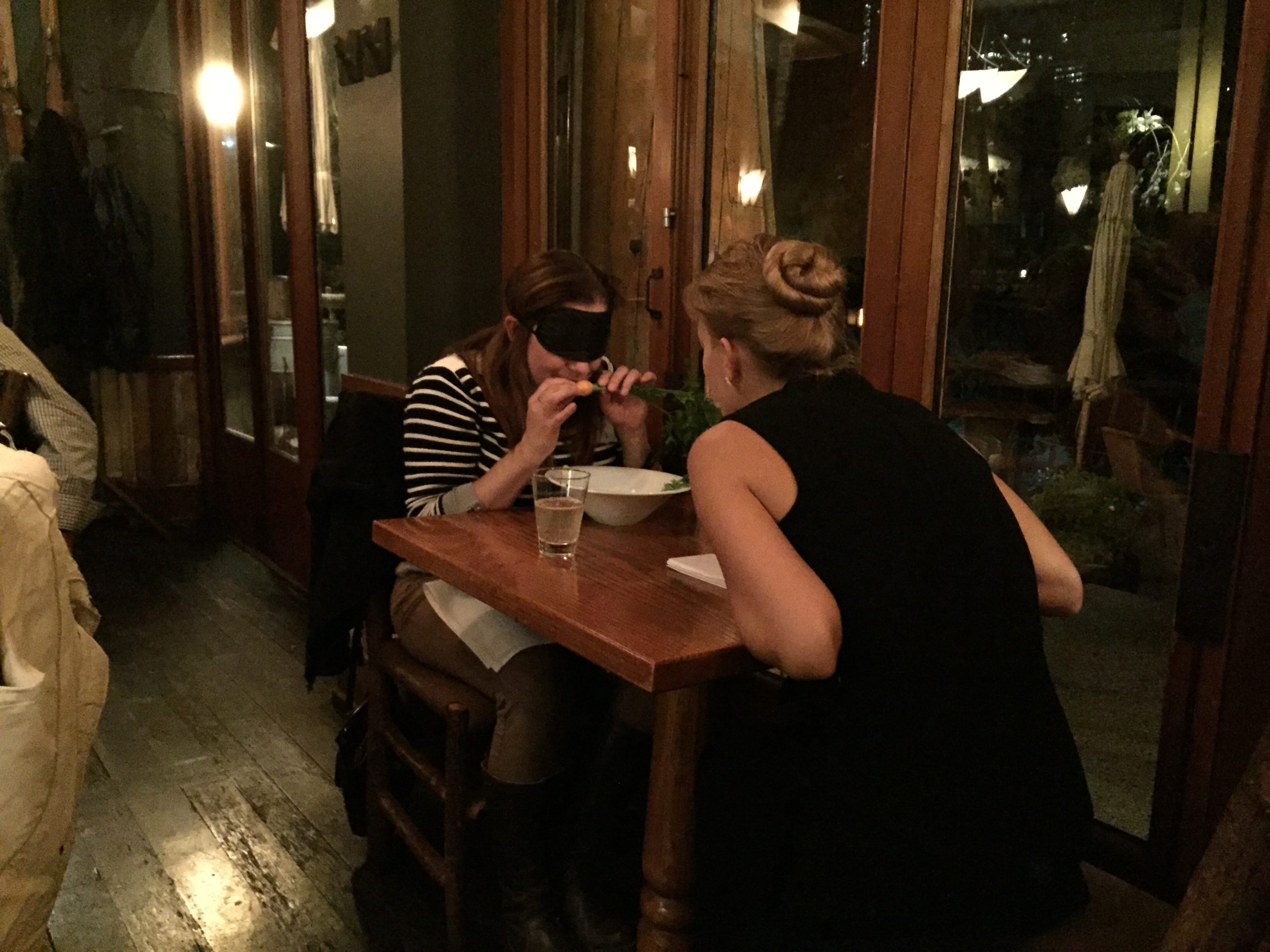 A Collaboration  with Ghost River Theatre and the River Cafe
(2015)

In the Fall of 2015, Vertical City teamed up with Calgary’s dynamic Ghost River Theatre and the elegant River Café restaurant to create a unique combination of immersive performance and fine dining. Experienced individually or in groups of two or three, audience members were met on a passenger bridge to Prince’s Island Park in Calgary’s Bow River. There they were blindfolded and gently guided along the walking path to the River Café. Once seated, each diner was served a carefully prepared six-course taster menu, while engaging in an intimate conversation with an unknown solo performer—who, never named but confidently familiar, continued to serve as their guide. From this point, forward, however, the journey was shaped by an equally carefully crafted narrative that was woven around and through the contours, textures, flavours and aromas of the food being served. At times playful, at others seductive, always visceral yet generous, Taste invited participants to immerse themselves deeply within the diverse and intense textures of the senses and the imagination.

Taste was staged in September 2015 as part of the annual Beakerhead “Smash up of Art, Science, and featured the remarkable creations of the River Cafe’s celebrated Chef Andrew Winfield with Proprietor Sal Howell. Taste was presented with support of the University of Calgary’s Faculty of Arts.